Jono Hey’s Sketchplanations are sometimes informative, sometimes simple, sometimes enlightening and often bring a smile to my face. But not today. (Don’t worry the UTM crap associated with the link that went on over three lines has been removed)

Behold … ‘The Business Flywheel’ which is actually credited to Hubspot’s CEO and co-founder Brian Halligan … he / they that originally coined the term ‘inbound marketing’, some say invented - but that would suggest that it don’t exist prior to 2006. It did.

Drop your prospects into a meat grinder. Beat them into submission until they comply (become a customer), before they ‘lose all their energy’ and become useless to you. Once a prospect morphs into a customer ‘harness their energy’, to make your pie bigger and more lucrative.

Filed in the ‘everything that is wrong with e-commerce today’ bucket. 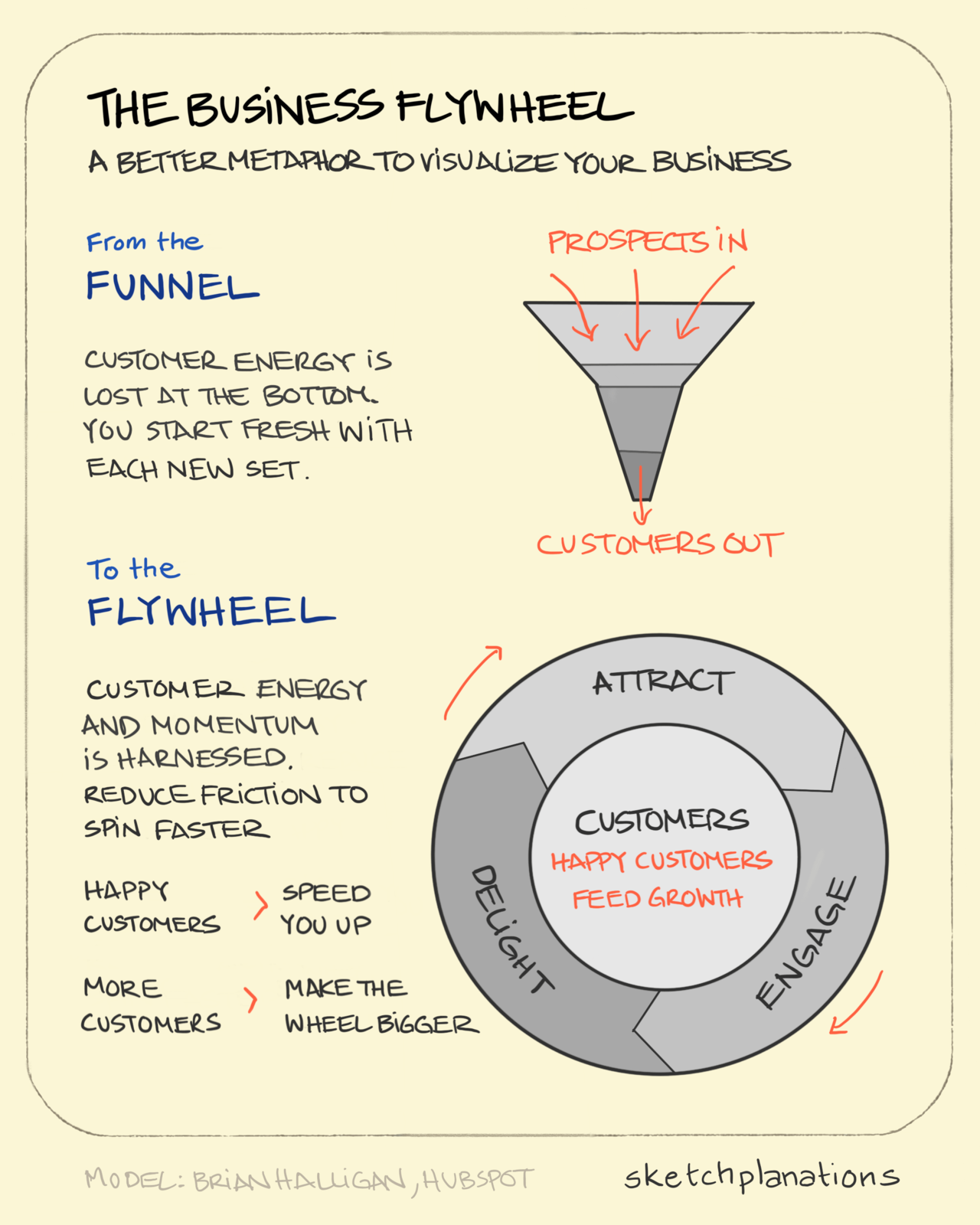